One of the processes that greatly contributes to the diversity of cell proteins is alternative splicing. Alternative splicing of the precursor RNA messenger (pre-mRNA) aligns and ligates protein-containing information sequences (called exons) to form the mature mRNA. This serves as a template for protein synthesis during the translation process that occurs in the ribosomes. A large number of alternative splicing events take place in the nervous system, highlighting the exquisite and intricate regulation that occurs among neurons, which must respond quickly to stimuli and give adequate responses. Alteration of this process results in the deregulation of important genes and is the cause of many human diseases including neurological disorders and cancer.

Neurons are the cells that make up our nervous system. They form neuronal circuits and receive information from external stimuli, which they process to obtain an adequate response. The tree-shaped extensions that leave the cell body of the neurons are called dendrites and are the main areas of information reception and transmission of the electrical signal of the neuron to the next neuron. Therefore, they have a fundamental role in the process of memory and learning. Several neurodegenerative disorders, such as Down syndrome, Parkinson’s disease or Alzheimer’s disease are associated with alterations in dendrite morphology that lead to an impairment in neuronal connectivity and are the cause of neurological and cognitive disorders.

Transcriptional Elongation Regulator 1 (TCERG1) is a highly conserved human protein that regulates alternative splicing and is associated with neurodegenerative disorders. As such, previous biochemical, neuropathological, and genetic evidence suggested an important role for TCERG1 in Huntington’s disease (HD) pathogenesis. However, the molecular mechanisms underlying TCERG1-mediated neuronal effects were unknown. In an effort to identify endogenous target genes of TCERG1, we used whole-scale genomic and molecular biology tools to screen cells were the expression of TCERG1 has been knocked-down using gene-silencing methods.

The analysis of data showed that TCERG1 affected the alternative splicing of multiple genes involved in cellular morphology and cytoskeleton dynamics in neurons. Accordingly, defective morphogenesis and dendrite outgrowth in neuroblastoma cells and primary neuronal cultures upon TCERG1 depletion were observed. These results showed that TCERG1 regulates the overall dendrite ramification and branching complexity near the cell body or soma. We suggest that misregulation of genes involved in neuron projection development is responsible for the TCERG1-linked neurological disorders. Gaining insights into the molecular mechanisms by which factors such as TCERG1 regulate the morphology and morphological plasticity of dendrites may help to elucidate their role and function in normal and disease states.

The findings described here are reported in the article entitled “Transcriptional Elongation Regulator 1 affects transcription and splicing of genes associated with cellular morphology and cytoskeleton dynamics and is required for neurite outgrowth in neuroblastoma cells and primary neuronal cultures”, published last year in Molecular Neurobiology. The study was performed by the laboratory of Carlos Suñé at the Institute of Parasitology and Biomedicine Lopez Neyra (IPBLN-CSIC) in Granada (Spain). 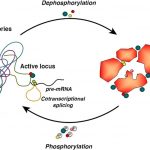 Targeting proteins to RNA transcription and processing sites within the nucleus.Noticias 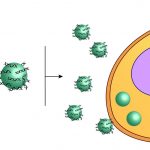